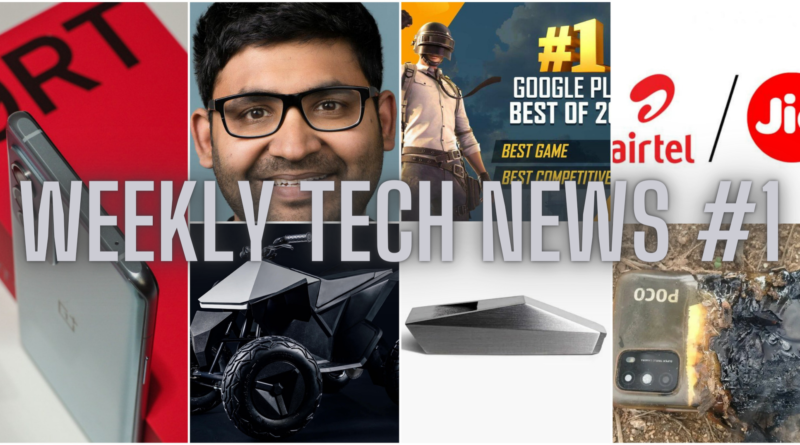 On November 27 Poco M3 caught fire and exploded, this is not the first time a POCO phone has gone up in flames in India this year, as a similar incident happened in September involving a Poco X3. The exact reason as to what made the phone catch fire in the first place hasn’t been specified by the user., but still the investigation is going on. This incident might take place because of some actions such as using a low company charger, external pressure, etc. This week Battleground Mobile India (BGMI) has won “The Best Gaming app” in 2021. BGMI was developed by Krafton as an India-exclusive version of the banned PUBG Mobile. Recently Elon Musk has announced their two new products i.e CYBER WHISTLE and CYBERQUAD. Cyber whistle is a normal whistle whose angular shape is of Cybertruck and with a completely similar all-silver finish throughout. It costs 3750/-.

Coming to Cyberquad, Cyberquad is an electric quad bike designed for kids (8-9 year kid). Its model is inspired by Cybertruck. Its range is up to 24KM. It costs 1.43 lakhs. Earlier this week, Twitter co-founder and CEO Jack Dorsey stepped down from his role. He appointed CTO Parag Agrawal as the new CEO. Agrawal, who joined Twitter as an engineer in 2011, already announced a major reorganization of the company today, per an internal email obtained by The Washington Post. CEOs of top companies like Google, Microsoft, Pepsico, Adobe, Twitter are all Indians. Parag Agarwal makes India proud.

If you have liked this Weekly Tech News let us know in the comment section.