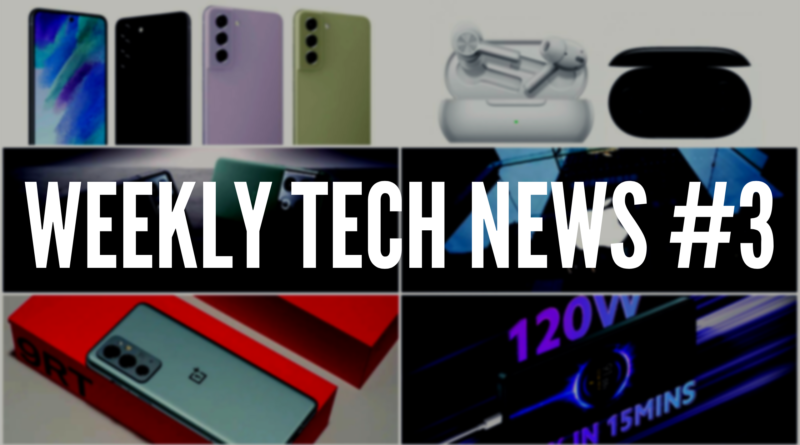 Weekly Tech News #3: Last week was all about launching the latest smartphones.

Apple Becomes First American Company to Hit $3 Trillion Market Value. Apple’s huge success is due in large part to the iPhone, which revolutionized the smartphone industry and remains a cash cow for the company. From this hit, Tim Cook draws around $99 million from the company. OnePlus 9RT is about to launch in by the 14th of Jan 2022. Talking about its specs: an octa-core Qualcomm Snapdragon 888 processor. It comes with 8GB of RAM and runs on Android 11, is powered by a 4500mAh battery that supports 65W fast charging. 120Hz of Refresh rate, AMOLED display that has Full HD+ 1080 x 2400 pixels resolution. 50MP primary main camera, a 16MP ultra-wide-angle lens, a 5MP macro camera, and a 2MP monochrome lens. OnePlus has also announced the launch of the OnePlus Z2 buds (TWS) in India. It will be launched with the OnePlus 9RT on the 14th of Jan 2022. Features: active noise cancellation (ANC) of up to 40dB and carry 11mm, dynamic drivers. The earbuds are IP55-rated for water and dust resistance. OnePlus Buds Z2 also offers a Pro Gaming mode to deliver low latency for mobile gamers. Expected is Rs 4,999/- in the Indian market. It will be coming in four different colors: Olive, Graphite, Lavender, White.